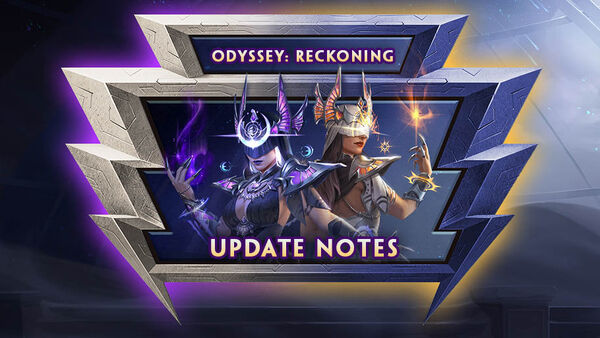 This season introduces a brand-new Odyssey, complete with new design changes that will awaken the explorer within you. On your journey, the gods will explore new cultures and unexplored lands, while battling the corruption of Cthulhu. Will you defeat the corruption…or will it overtake you? 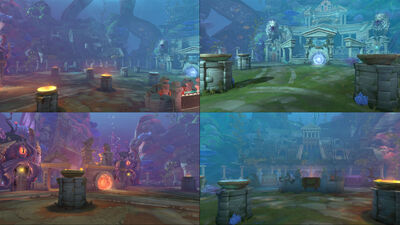 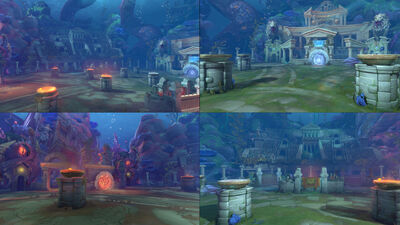 The new Jungle Abilities have been met with lots of positive feedback. One issue players were experiencing involved pulling the Speed buff to the desired location. This ability is going to activate later in the Centaur’s hit chain, allowing players to pull it further before it attacks, and its hit area and timing are being adjusted to require more quick reflexes from Junglers.

This was a premier new item from Mid Season. As the 20% Penetration Assassin Item, we knew it would make a big impact, but it suffered from a few design problems. The passive felt too restrictive to certain gods, so we are changing the effect to be ramping instead of on or off. This shift allows for many more gods to use the item, but also is a significant buff, which the item doesn’t really need. For this reason it’s being paired with a few nerfs to the Cost, Power, and Power from the passive. This shift should change up the Jungle meta yet again, in addition to the big changes from Bonus Balance happening 2 weeks earlier.

Hide of the Nemean Lion

It seems that many players are still happy to be rid of reflect damage, but Nemean Lion isn’t exactly having the intended effect. Currently this item is most popular as a single defense item on damage focused gods, causing certain hyper carries to have little counterplay. We are heavily changing the design on this item so that it requires protections to be built before the passive becomes effective. Buying this with too few item protections items will lead it to provide zero block stacks.

Building up to Odysseus bow was not the best experience. It feels like its not really worth getting unless you have the complete gold for the finished Tier 3 item. The Tier 2 version, Charged Bow, is getting a scaling component added to it to make it an item worth building.

The rework of Hecate’s Ring brought about a lot of question about the similar Physical item: Ichaival. To help bring Hunters in line with Mage ADCs, we are buffing this item slightly so that the Buff and Debuff durations match Ring of Hecate.

We have seen a decrease in play on traditional mages, especially in pro play. We are looking at a few items that feel a little underwhelming and buffing them to a spot where they are more likely to make it into a build. These changes also work to offset some of the nerfs that mages feel from Typhon’s Fang changes in Bonus Balance.

Doom Orb, more like Zoom Orb. This item is great for mages who want to rotate and make plays on the map, but its cost is quite restrictive. We are bringing this down so that Mid players have an option for early to mid game skirmishes.

Tanky Mages always have a risk to take over a meta, so we have been quite careful with the Warlock’s Staff item tree. We are still not seeing this item being picked up very often, nor performing very well, so we are applying some more buffs to the item. The T2 is getting more power, so it becomes a more viable option to build into before the final staff, and the Tier 3 cost is coming down to make it easier to build in more situations.

Below we have a slew of Tank item buffs, but one item is missing from our balance pass. The Sledge. While we are aware of this item’s prevalence, Warriors are currently relying on it to keep up with the rest of the classes. Before we address it we want to make sure other choices feel strong and that options exist to round out builds.

Bulwark Of Hope has been a situational item as best for some time. A boost to its shield, especially with new anti-shield counters, should help it feel impactful.

Heartward Amulet should feel like a strong option for anyone to flex against Magical Damage, but it doesn’t have that same impact as its closest analog, Sovereignty. Boosting its aura will help it succeed in the right situation.

Pestilence and Contagion are commonly built on Warriors, but don’t feel as strong as other Anti-heal options from other classes. They should not be as strong as pure defensive options and currently they fall too far below defensive choices. A boost to their Health will help in that regard.

Mystical Mail is a unique bruiser item. The longer a fight goes the more this item contributes, but the cost is too high for the strength it provides. This change will make it easier to build into and allow tanks to have extra gold to spend elsewhere.

Vengeance never stops, never slows down. Especially after this balance update! Artemis lacks the escape options that other Hunters have access to, relying purely on her ult to survive. Vengeful Assault will now cleanse slows upon activation. This shakes up her favorable matchups and gives her an additional tool to play with.

Baba Yaga keeps brewing up some new balance adjustments. This time her concoction will reduce the cooldown on her Brew. Often Baba Yaga feels like she runs out of options too quickly, especially in the early game. Being able to brew more often will smooth out that experience.

Chaac makes it rain already, but he is about to bring down the Thunder as well. Chaac feels like a Jack of All Trades, master of none warrior. He brings sustain, control, pressure, but even for a Jack of All Trades his damage pressure feels lacking. Thunder Strike will gain some additional scaling to help him out.

Chang’e is a squishy mage that plays in the position of a bruiser mage, often sitting close to her enemies for poke. She excels at dancing around a fight, but the lack of base tankiness limits her movement options. We are boosting her to be more in line with tankier mages but not quite as much as the likes of Hades and Zhong Kui.

Geb rolls in and out of the meta and so far in Season 7 is seems to be mostly out. His lack of reliable clear and poke has caused him to fall out of favor. Shock Wave’s falloff is being reduced to help our lovable rock out.

Taolu Assault feels like it should be powerful on paper. While it does high damage and shreds, its short range takes heavy management to be used effectively, often falling short of easier and more reliable abilities. A base damage increase will make the effort feel more rewarded.

It’s like Hun Batz says, “It is not wise to put a basket on your head as you will be eaten by a dog!” No, we don’t know what that means either. We do know that our previous nerfs to Fear No Evil which were meant to temper his teamfight power removed him from nearly all levels of play. A revert will help him out while giving us a chance to see how he performs in the more established Mid Season meta.

Nemesis has sliced and diced her way to the top, becoming a strong pick in high level ranked and competitive play. We often see her excel and sink off small adjustments, with Slice and Dice having a history of a 10 damage change moving her performance around significantly. Rather than fully revert, a 5 damage adjustment may be just the right spot for this Assassin.

The Allfather underwent a long series of nerfs after his rework. While they were deserved Odin has finally settled down and ended up a bit underwhelming. We discussed reverting one of his cooldowns, and the one that made sense was Gungnir’s Might. Skilled Odins can show their understanding of the runes and we don’t reintroduce the frustration surrounding his frequent Bird Bombs.

The original god of the Sun struggles to shine at the top end of play. Ra requires strong setup and skill to connect his shots and lacks tools to help him get that done. Celestial Beam is being buffed to be more rewarding when it lands while Divine Light will now cleanse slows when used. Ra will have better success joining and surviving a hectic fight.

Zeus is here to bring the lightning! Zeus’ passive provides players an opportunity to eek out extra damage with his Basic Attacks, however his base Attack Speed made this exceedingly difficult to accomplish. Expect to see more lightning bolts go flying and just maybe we will see some extra variation in his build choices.