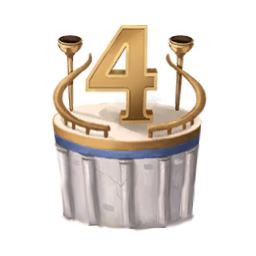 SMITE Birthday 2018 was an event made to celebrate SMITE's 4th anniversary. This event ran between March 13 and April 24, 2018.

Friends of the Gods! Join us as we celebrate SMITE's 4th Birthday![edit | edit source]

Buy all 3 exclusive SMITE Birthday bundles to unlock the LIMITED Jackal Tech Anubis Skin! Each patch will release a new bundle with 4 exclusive items and a Present! Presents are granted to unlock the Awesome Chest in combination with completing 3 quests.

Unlock an Awesome Chest by completing the 3 sequential quests associated with it and using 1 Present. A Present can be obtained by purchasing any of the 3 SMITE Birthday Event Bundles. Once you have all the components the Awesome Chest can be unlocked!

There will be 9 quests that have to be completed in order. Completing 3 quests will get you either Fantasy Points, Favor, or an Enigma Chest and bring you one step closer to unlocking an Awesome Chest. There will be 3 Awesome Chests in total available for unlock.

We are very happy to announce that March 25th is officially SMITE's fourth birthday! But we aren't going to just have one day of fun; we're gonna have a whole week of fun!

From Tuesday, March 20th to Monday, March 26th players can celebrate our birthday bash with a different event or sale every single day! Be on the lookout for chest sales as well.

A huge thank you to all of our players for making these four years the best we've ever had.

Here are the details for our birthday bash:

During the event several treasure chests, all themed after the previous seasons and periods in the game's development, were made available for 2 days at a time with the first chest being made available on March 20, 2018.

These are the items that are available during the event. Each bundle costs 900

Gems to unlock. Bundles are sold at a 25% discount during the patch that they were released. 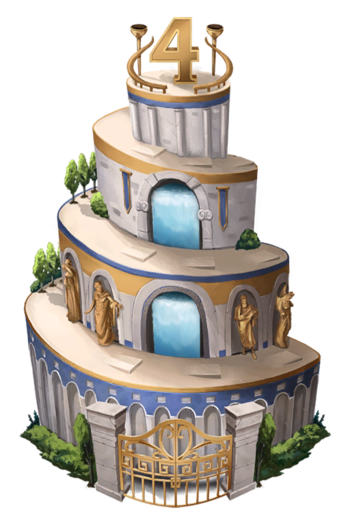 Complete quests to use Birthday Presents to acquire Awesome Chests. Quests must be completed in order before the next one is unlocked.