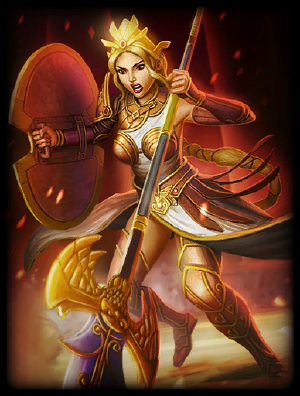 After using any ability, Athena’s next basic attack is a ranged attack, hitting all enemies it passes through, and dealing additional magic damage.
Damage: Basic Attack (+50% of your magical power).