SMITE is a free-to-play online MOBA (Multiplayer Online Battle Arena) and ARTS (action real-time strategy) game developed by Titan Forge Games and published by Hi-Rez Studios. The game is currently available on PC, Xbox One, PlayStation 4 and Nintendo Switch. Players choose from a large selection of playable gods, immortals, and creatures from ancient mythology and join session-based arena combat. Each of the playable characters have their own unique abilities and fighting styles. This session-based arena combat is mostly 5 players against another set of 5 players, but there are several other Game Modes with different rules and objectives, and the goal in most of them is to defeat the Titan located in the opposite team's base while protecting your own Titan.

The game went into closed beta in May 31st, 2012 and entered open beta on January 24th, 2013. The game was officially released on March 25th, 2014. The game can be downloaded from the official website: SMITE on Windows (creating an account while being referred by another player will grant an additional total of 22500

Favor when leveling up). The game is also available on both Steam and the Epic Games Store. 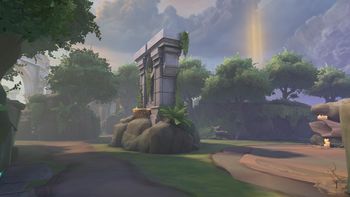 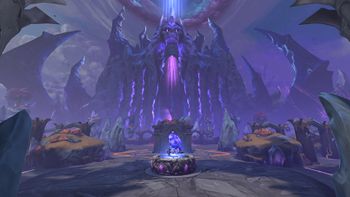 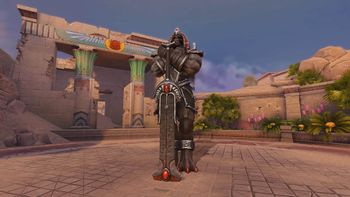 The alpha for SMITE's Xbox One version started on March 11th, 2015, then transitioned into closed beta on May 15th, 2015. Its open beta period began on July 8th 2015. On August 19th, 2015, the XBO version of SMITE was officially released from beta. The game can be downloaded for free from the Xbox store: SMITE on XBO.

XBOX shares the same regions that PC has. 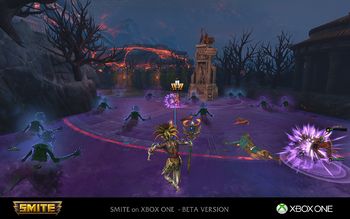 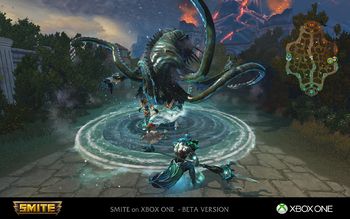 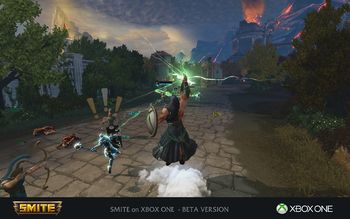 The alpha for SMITE's Playstation 4 version started on February 19th, 2016, and it transitioned into closed beta in early March, 2016. The open beta period began on March 22th, 2016. This version of the game was officially released in May 31, 2016. The game is currently free to download on the PS4 store: SMITE on PS4.

Playstation 4 shares the same regions that PC has. 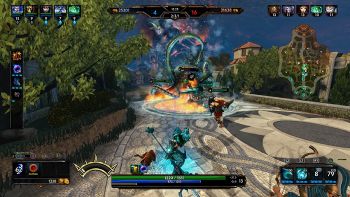 Titan Forge is currently developing a port of SMITE for the Nintendo Switch. This version of the game entered its closed beta phase on January 24, 2019 and players could join it by purchasing the Switch Founder's Pack. The game was fully released on Switch, free to play on February 19, 2019. It's available for download on the Nintendo Game store: SMITE on Switch.

Switch shares the same regions that PC has. 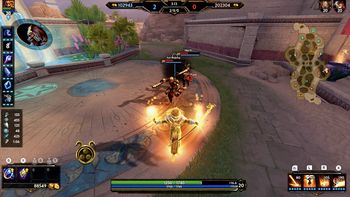 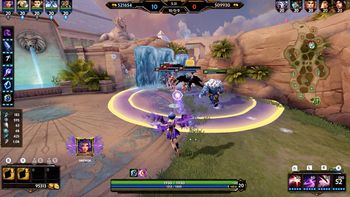 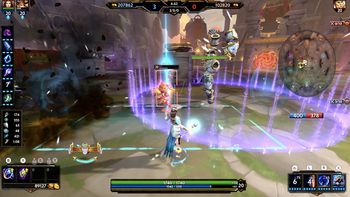 SMITE is the online battleground of the gods. Players choose from a diverse cast of deities and use their unique powers to triumph over the opposition in 5v5 team matches. SMITE is a new take on the MOBA genre; rather than observing the action from above, the game's third-person perspective puts players into the thick of combat. Instead of clicking the mouse to move, players use the familiar WASD keys to move and fight their way through SMITE's dynamic battlegrounds.

Cut through your enemies, encase them in ice, or drown them in a vortex of souls. Assume direct control of your godlike avatar and experience the MOBA genre up close with the game camera directly behind your character.

Choose from a long list of well-known and more obscure gods, each with their own history, special abilities and unique play style.

Master and use your godlike abilities to fulfill key roles such as damage dealer, tanking, crowd control, and support. Explore the map and defeat NPC enemies for increased gold and buffs that help both you and your allies. Then deny your opponents victory with perfectly-timed stuns and calculated ambushes.

Two teams composed of 1 to 5 players fight to defeat their opponents in several unique battlegrounds. From the Roman Colosseum and the Siege of Mount Olympus, to the Ancient Pyramids of Egypt and the battlefield of Ragnarök.

Within a single match, your god levels from 1 to 20, causing your abilities to gain strength. You can purchase in-game items, consumables and relics to benefit your god and complement your personal play style – whether it's buffing your Offensive, Defensive or Utility capabilities.

Every attack in SMITE is a skill shot that you control. Ranged attacks are carefully aimed, melee attacks properly positioned, and Area of Effect damage must be ground-targeted. Predict your enemies' movements and hit your mark for maximum effect in fast-paced combat.

Everything affecting gameplay in SMITE can be earned simply by playing the game. Players have access to an initial set of playable gods for free, while additional gods are unlocked through gameplay time or more quickly through micro-transactions. Cosmetic skins can be purchased for further customization.

You can also purchase the Ultimate God Pack, which will unlock every single god that has been released thus far, plus any other gods that will be released in the future, forever.

Check out our Game Modes page for details on SMITE's multiple game-modes and maps.