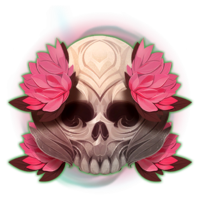 Persephone's Corrupted Arena was an adventure type game mode in SMITE. It was available between September 17, 2019 and October 15, 2019.

This mode was a variation of the original Corrupted Arena, created for the Odyssey: Underworld event and themed after Persephone.

The Corrupted Arena game mode is similar to the normal Arena mode, a brawling deathmatch where your goal is to defeat enemy players and their minions by reducing their side's ticket to zero. However there are several differences:

These gods cannot be picked for the Corrupted Arena: