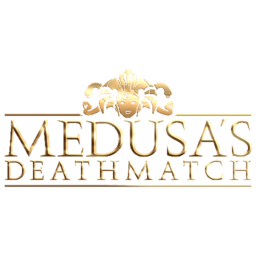 Medusa's Deathmatch was a game mode and the eighth of the Adventures in SMITE. It was available between June 12, 2018 and August 6, 2018. 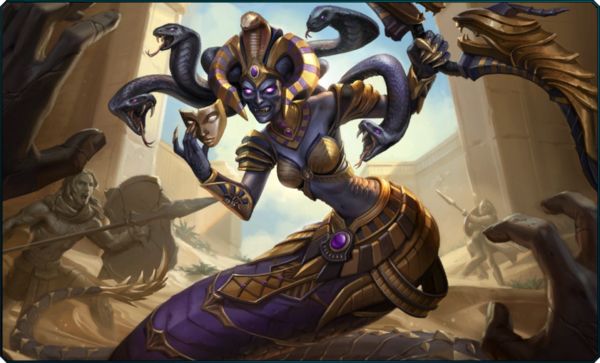 Welcome to Medusa's Deathmatch! Fight not one but two teams of enemies for treasures and glory!

For the first time in SMITE, three teams battle in a divine deathmatch. Storm into a brand-new Egyptian map and battle for the power of Medusa's Death Mask.

Eliminate all enemy players to win a round. The first team to win three rounds is victorious.

Fight for control over Medusa's Death Mask in the center of the map! The team that claims the relic will be empowered with a godlike buff that increases Power for your entire team! 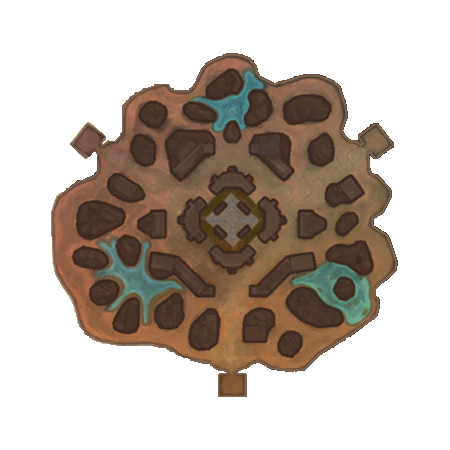 Medusa's Deathmatch Adventure is an all new map with 3 teams of players! Players start in one of 3 bases at level 5 with 2500 gold, and will gain levels and gold each subsequent round. Each round every players has 1 life, and after dying will not re-spawn until the next round begins.

The last team standing wins a round, and the first team to win 3 rounds wins the game! When a team has won two rounds, a crown will appear over all gods on that team. Focus your attacks on gods with crowns, because if they win one more round it's game over!

Over the course of the round, a sandstorm will close in upon the center of the map. That sandstorm begins outside the playable area and will shrink every 50s. Players caught in the sandstorm will take damage equal to a percentage of their health as true damage every half second until they escape or die.

There are also patches of grass around the map. Players standing inside the grass will be concealed from enemy teams.

In the center of the map a Death Mask will spawn. This mask can be damaged by abilities and basic attacks and will grant a Power buff to whichever team deals the killing blow.

Killing enemy team members will grant a buff to your entire team as well. This buff is even stronger than the Death Mask buff so don't be afraid to get aggressive!

Potions spawn in 3 locations around the map and grant healing and a small health shield to whoever picks them up. There are also speed buffs between each of the bases and the center that increase the movement speed of all gods who pass through them.

These gods cannot be picked for the Medusa's Deathmatch:

As you play the Medusa's Deathmatch, you'll earn

Death Scrolls. Purchasing the Medusa's Deathmatch Bundle will increase how many death scrolls are earned per match by 2x. Death Scroll bundles of 1920

Players can spend those scrolls to unlock special Treasure Chests containing mystical loot. Claiming all the 24 rewards in all three chests will award an Awesome Chest, a special chest containing a guaranteed Exclusive God Skin.

Unleash Medusa's full power with the Medusa's Deathmatch bundle. Included is the Queen Cobra Medusa Skin, the Deathmatch Music Theme, Jump Stamp, and Ward Skin as well as a 2018 Gold Key - Your ticket to a new Limited Skin from the Gold Vault. This bundle costs 900

while the Medusa's Deathmatch is available.