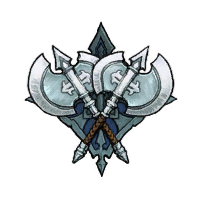 Proceeds from the Code of Chivalry Event support the SMITE Summer Finals at Dreamhack Valencia on July 13-15, 2017.

Murdered for his throne, Osiris, beloved Pharaoh of Egypt, was torn asunder, the remnants of his ruined body sent to the four corners of the world. Forsaking all else, Isis collected and reassembled her husband. Now, the fallen king is reborn, reformed, but far from whole. What has been lost is his heart, his soul. Before him lies a kingdom on fire and a corrupted knight lights the flames. Bereft of his former mind, Osiris does not know if he is a champion of justice or an instrument of revenge. To reclaim his kingdom, two roads diverge before him, one light, one dark. Which will he choose?

Begin your Journey as the Gray Knight and make good or evil choices that you think are most captivating. Making these chocies will let you gain Morality which will decide if you are the Noble Knight or the Black Knight. Unlock picturesque scenes that reflect the choices you have made by completing quests. See the conclusions of your choices at the end of the event!

If you complete all the quests you will also receive:

Welcome to the Code of Chivalry Event!

In this event you can decide to guide Osiris (the Gray Knight) on his path to being a good knight or an evil knight.

Choosing a good quest choice will reward you with a positive point value and choosing an evil quest choice will reward you with negative point value. When completing a good or evil quest you will unlock a picturesque story scene which will reflect these light or dark choices you have made. Choose the path you believe is most suitable, good or bad, you decide!

Once you have completed all of your quests, you can look through all the quests to see the art scenes again. Also, don't forget to read your conclusion at the end to see the outcome of your chosen path.